A homesickness for a home to which you cannot return, or a home which maybe never was.

At eight, when we had to leave my childhood house in the village which had a backyard and a swing, to move into one above a restaurant in the city, I cried for an entire month. My mother, a poet herself, pacified me by teaching me new words that sounded melodious. Or maybe, she was trying to pacify herself.

Hiraeth, one such word, has stuck with me for years.

I felt the word when I was eleven and my father took my younger brother and left to earn the daily wages but both of them never returned. My mother cried uncontrollably and the sinking feeling in my heart was Hiraeth. The family I knew would never be the same and I would miss it my entire life.

At fifteen, my best friend, my only friend, moved to another city. I waved goodbye to her till she became smaller and smaller until I couldn’t see her bus anymore. Recalling the promises that we made to keep in touch, I walked back home, through the streets, we once joyously played in. The streets seemed haunted and strange, as though I’ve never walked down them before. Hiraeth, I called it, when I realized that I would never look at the road back home with the same familiarity ever again.

I felt homesick again at twenty when the boy who said he loved me was saying the same thing to another woman. When I went weak in the knees and felt like my heart would explode, I termed the feeling as Hiraeth. I would never look at love the same way. I could never go back to thinking about love as the innocent, pure, and safe space that it’s supposed to be.

At thirty-three, when my mother passed away, I was left with a house, my mother’s diamonds, and a loveless marriage. I wondered why I had everything in the world, a comfortable life and yet I didn’t feel fulfilled. I called the emptiness in my soul Hiraeth. I missed my house in the village with a backyard and the swing and wondered how feeling homesick goes beyond missing four walls. Hiraeth. 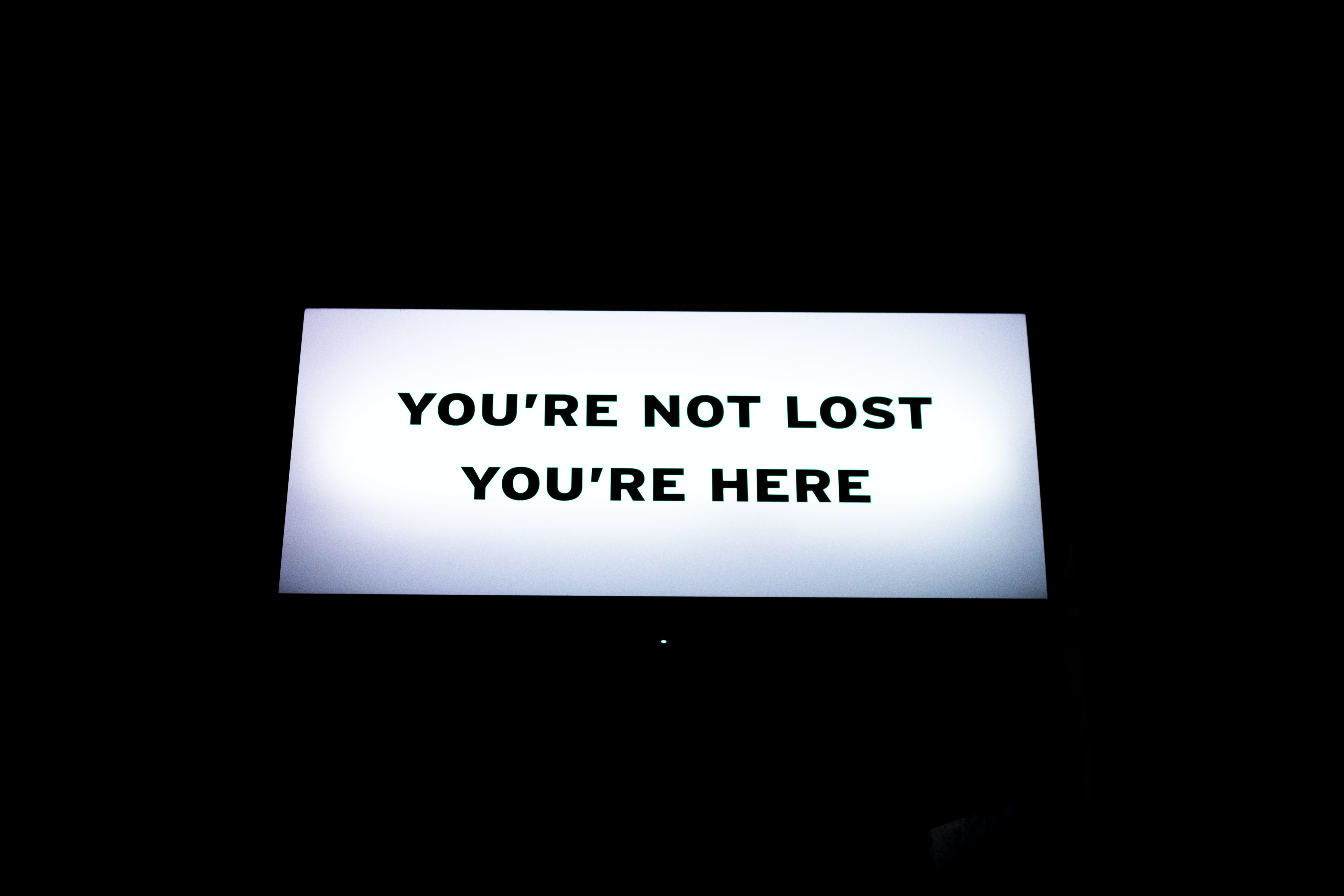 An adaptation. just fables upon lid roofs
And memorized cables.
Human breath blowing lounge dust, rinsed of magic
And kissing dreams.
Pillowcase awaits falling of hair,
Grips and weight.
Measured in here and now,
Short stares and empty gasps.
A partner glances with open face,
Generous style, important as oxygen
Or inhalation, smokey euphoria
Calming years of fear shaky as another, please.
Arm Bones rattle back and forth
Like a phone alarm blaring,
Another Thank you rears the calm
And jump stop.

Fence slit masquerade
Holding a shaded
Back garden ballet.
Bluebell bomb, splashes
Stretched into lengthy sheets.
The meadow palette
A love to remember
Song quiet against this dell.
You talk in lace pirouettes
Hidden in the shadows.
Hide and seek,
High space peek
Empty soak
bleached by an earthy spectrum
Green upon harmonics
Natural. A run of notes
Upon stepped echoes, shuddering
The scene hit and bounce
Heart to heart and
Lingering smile as if that scent
Snuck for minutes.
Back to the wall, red brick horizon.
Your song. Blaring circle
Or a hug under clothing
That holds our tingle
Yearning like pine trees.
What to watch,
Lush and soft on spring sunshine
Warming a damp on bones.
Lips and thighs, whisper-soft
As strokes. Thoughts
Turning to glassy wings
Dancing, hand outstretched
Laughing she comforts
With self-explanations.
Maternal sway, crisp green and brown
Towels of leaf fall
Soaked dusk heat dampening
Shirt, trousers, and drumming
Her love affair mystic
And true, oak gnarled with age
And beauty blessed by its wooded mosaic
Pieces square and loose
Lifted by compositions hidden.
Dreamy belief and lips for me
Waiting at every drift
Pink and parted kissing
Through stillness or tears
A longing cut like debt or tobacco remnants,
Turning away towards a home.
House haunted by someone’s belongings
And a rucksack unsettled
Dirtied by dead pavements solid in a see-through
Cage.

Step into my skin
The scaly, leathery, half-baked
covering of my soul

Step into my skin
It doesn’t feel the snow.
It has long abandoned
all inane senses
as it outgrew the womb

Step into my skin
Probably then you would know
This moss,
did not grow
Sitting at home. 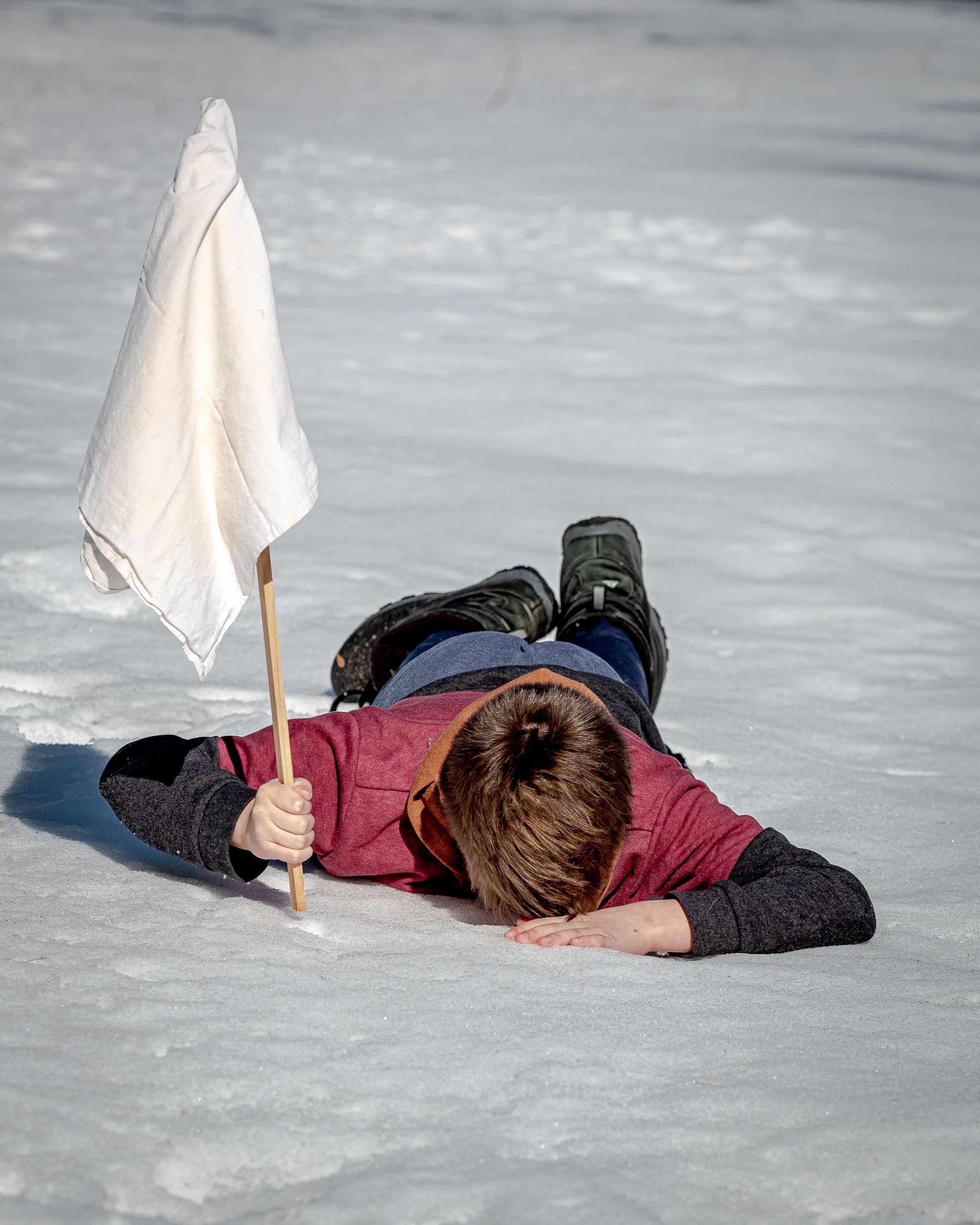 Surrender, they say
don’t fight,
accept.
Don’t be deceived
by tricks of the mind,
reach inside
find
a self
go delve
as do I
in questions unanswered.
How can one abandon
the quest?
Answers elude
Questions chase
How can I seclude
or, erase
the seismic trigger
for bigger
universal divinity?
Infinity is what I see
in what they call
transient.
Am I not meant
to strive, to prove
worth of every breath?
There’s no death
you say, for the soul
roll the dice –
fate, karma or,
mundane everyday race-
I face
each moment
with zeal
I feel
I see
I hear
Fear,
is just as universal
as love
or peace
or empathy.
Humanity fights
to survive,
and then,
to thrive.
I fight
to be
what I am
destined to be.
If not victory, peace.
I raise the white flag
is this what is seen
as surrender? 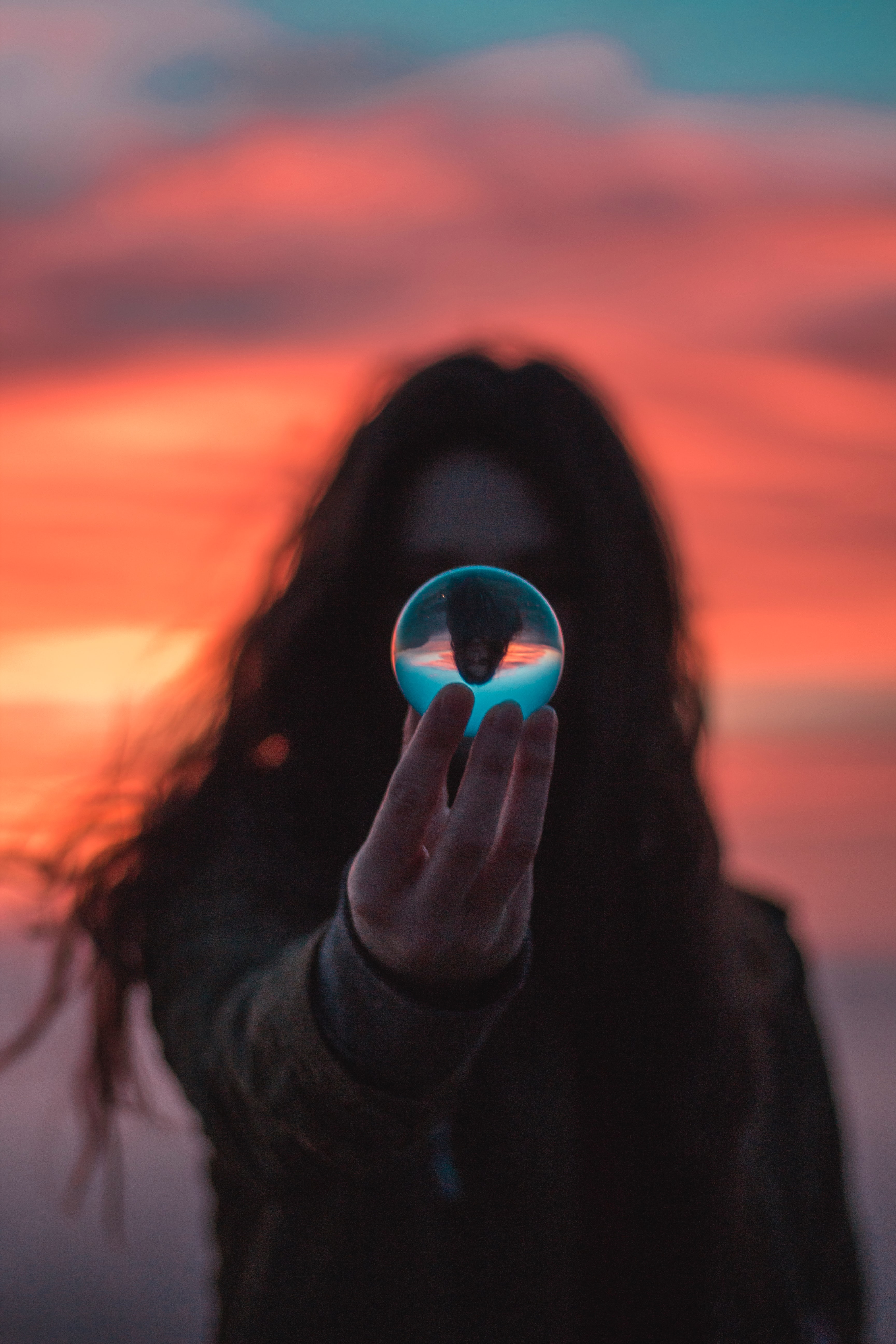 I am unconquered and unbridled
I am a shadow in the dark, invisible in light
I am life and I am death and I am beyond the space
I am an experience of a lifetime

I am a parable
I am a thread that sews the ties
I am everything I want to be
I am Maya, – that reigns supreme on land and sea alike.

Standing in the shade
with lengthening shadows
I see surfers
soaring with the tides
Couples
walking hand in hand
on wet sand,
Kids
building castles
Bandanas- bright green, orange, red..
myriad hues and colors
fluttering threateningly,
almost flying off
the small brown hands
offering them to every passerby.
Everyone is living their day,
as destined
or, designed.
Do they grudge my shade?
Or is it me
carrying the guilt
of my own idleness?

Steel yourself, for the tide will ebb and flow,
Not to lunar dispositions
But to the gravity of the sorrow in your heart.

Stand steady, for if not they shall sweep you away
Overwhelming, they will hold you close
And drown you in their embrace.

Stay strong, for only will and fortitude
Shall stay these resilient waters
From breaking through and flooding your core.

Be wary, for the tide is certain to swallow you,
And there is little you can do,
But decide to go in pieces or whole. 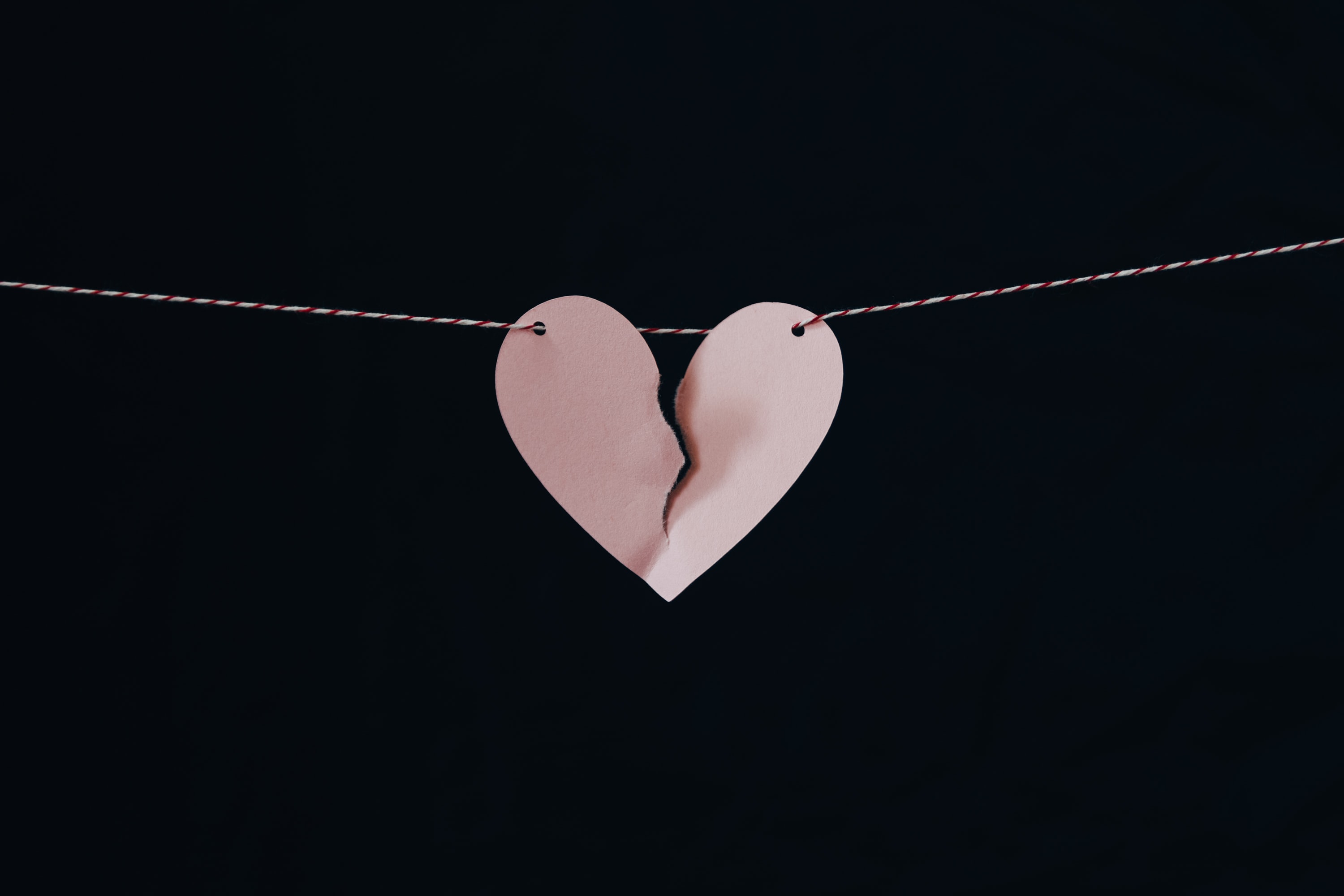 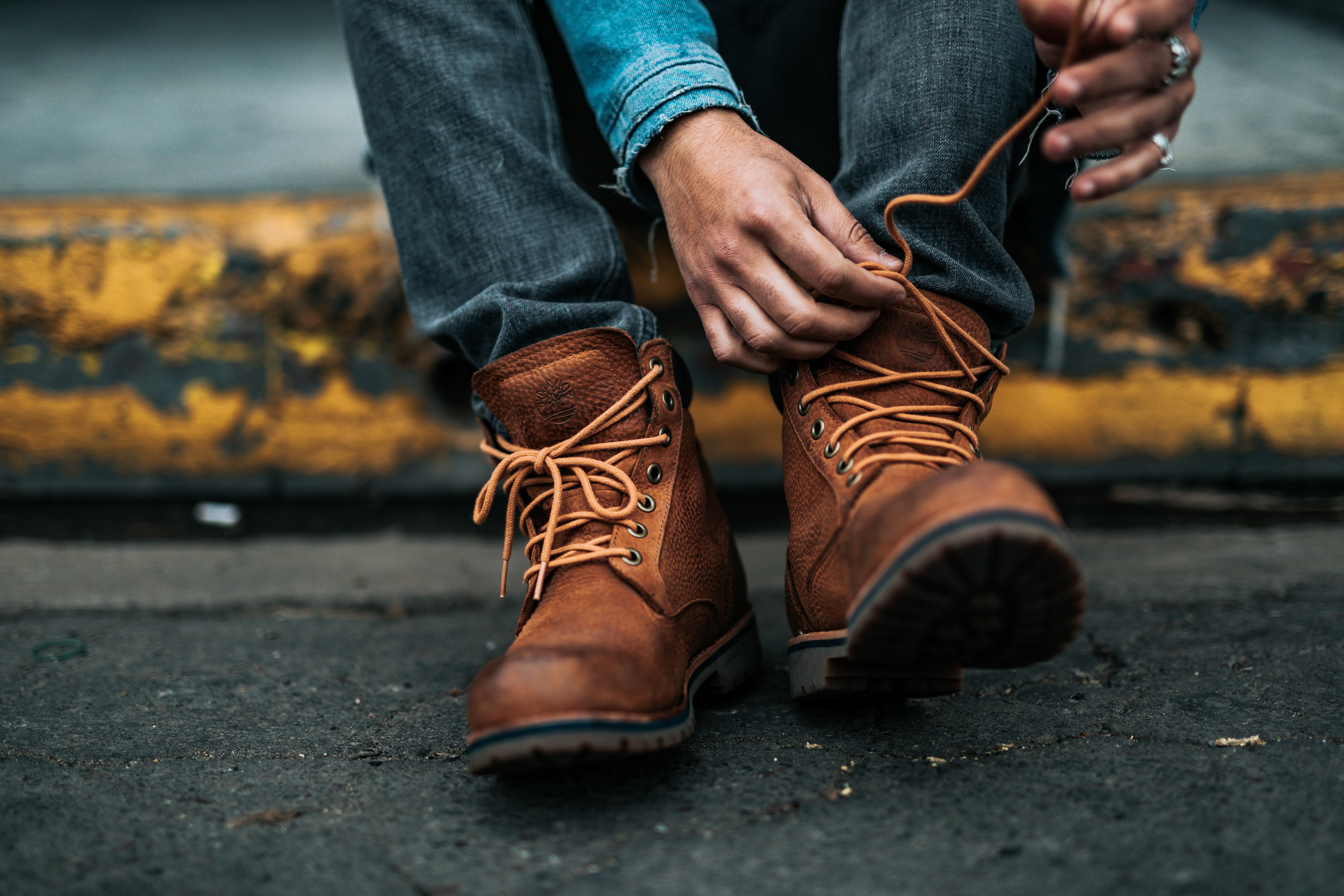 When I was a child, I lost a shoe while walking through the market. It was a busy market on a hot summer day and my mother couldn’t wait to get out of there.

I remember she complained that morning about having to go all the way to the city for something so frivolous but I forgot what we went to the market for. I remember her dragging me with her because there was no one else to look after her four-year-old child. She rushed to get me ready so we could beat the afternoon crowd. I saw her running around the house, rambling about her laborious life, trying to bring everything in order before we begin our journey. I remember quietly standing in a corner, afraid of her vexed expression, knowing that I must not get in her way.

Once the house was managed to her liking, she turned to me. Suddenly, the woman who was just moving at the speed of lightning slowed down and gently brought my shoes out. She sat me down on a chair and knelt to the ground. She held the two laces in each of her hands and looped them. “This is the bunny’s left ear and this is the right ear. Now cross the ears. One goes over the other and there! All tied up!” she said in a singsong voice as she tied my lace. Back then, to me, it seemed as though my mother could do magic. With time also, just as much as with the laces. Time would just slow down every time my mother spoke to me as if to let me bask in every moment so that I would never forget a single memory spent with her.

Suddenly, getting back into her lightning avatar, she swiftly dragged me out of the house and almost ran till the bus stop. She held my hand as we boarded the bus and didn’t let go till we reached back home later that day. Once seated on the bus, she nestled me into her lap and I was as comfortable as the dew drops on the rose petals despite being in the midst of a garden full of thorns.

When we reached the city, my mother quickly brought me to my feet and braved the crowd. All I remember was getting yanked through a herd of sweaty, mindless people who didn’t bother to look where they were stepping, which was almost always, on my feet. I raised my other arm to defend me from thick bags smacking my face. It seemed to me that my mother was walking at the speed of the choo-choo train that she bought for my last birthday.

I don’t even remember stopping to buy what we came for. Before I knew it, we were back at the bus stand waiting to board the bus back home. My mother suddenly looked at me and gasped. “Where is your right shoe?” she asked me and the color of my face disappeared. I had to look down at my feet to notice that I was missing a shoe. A beautiful white-colored shoe with colorful stripes and with laces that my mother always tied for me. When I first saw that shoe from the window of another shop in the city, I immediately knew I wanted it. Even if that meant I have to let out the loudest possible cry in the middle of this busy market and embarrass my mother.

She bought that shoe for me after I wouldn’t stop crying then, but now I was crying the same way when I lost it, knowing very well that considering how my mother’s mood has been throughout the day, I am sure to get whacked anytime now. I kept repeating that I was sorry and didn’t want to add to her troubles in between my sobs. I looked at my mother so I could anticipate the intensity of trashing coming my way but instead, I saw her face soften slowly until she burst out into laughter.

We didn’t board the bus we were waiting for. Instead, my mother picked me up and took me back to the market and bought me a new pair of shoes. This one was a black shoe with purple laces that my mother would go on to teach me to tie the same way. She also bought me my favorite vanilla ice cream which I gladly shared with her. She narrated the story every time we went to the city. Only this time her face always lightened up at the mention of the city instead of dreading it.

Today, I noticed that her shoelace was untied. So, I knelt to the ground and tied them for her. Just then, she looked at me, smiled and narrated the whole story of my lost shoe all over again. She tells me how amusing she found that I didn’t even notice when my shoe came off. She laughed, thinking about how afraid I was to disappoint her. She cried remembering my innocent face. She may have forgotten how to tie her shoelace, she may have forgotten who I was on most days, but she always remembered the story of the lost shoe to its last detail.

Photo by Nathan Dumlao on Unsplash